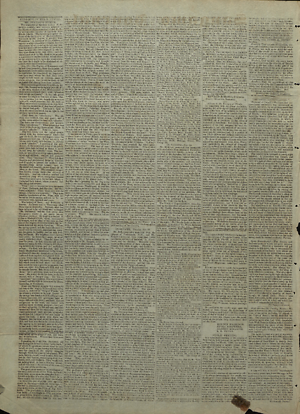 Proceedings of a Meeting of Citizens of New Salem regarding Candidate for Governor, 1 March 1834
PUBLIC MEETING.
At a respectable meeting of the citizens of New Salem, held pursuant to public notice, on Saturday, 1st March, 1834, for the purpose of nominating a suitable person to fill the office of Governor of this State: Bowling Green, Esq[Esquire], was called to the chair, and A. Lincoln appointed Secretary. The object of the meeting being explained by the chair, Dr. John Allen and Messrs.[Messieurs] Nelson Alley and Samuel Hill were appointed a committee, to draft a preamble and resolutions expressive of the sense of the meeting; who, after an absence of a few minutes, presented the following, which were unanimously adopted:—
Whereas the election of our executive officer is always interesting to the people, and should at all times demand their deliberate and serious consideration: and, whereas, the financial and infantile situation of this State is such as to demand more than ever the deliberate attention and united efforts of its inhabitants, for the election of a Chief Magistrate, who is free from and above party and sectarian influence; who respects the rights of his fellow citizens, and who has wisdom to devise, and energy to execute [such?] laws as are conducive to the political [happiness?] of the people, and to the development of the great resources of our State: and, whereas, there is at this time no candidate for that high and responsible office before the people, to whom we can, or to whom, in our opinion, the people in this section of country will give a cordial and hearty support: and whereas we have the most implicit confidence in the honor, integrity and firmness of our fellow citizen, Gen. JAMES D. HENRY—therefore
Resolved, That the patriotic services, discreet and unaspiring character of Gen. James D. Henry, are such as to merit the confidence of the people of this State; and to place his title to the gubernatorial chair paramount to that of any of the candidates now before the people.
Resolved, That we will use every laudable effort to promote the election of General Henry to the first office in the gift of the people of this State, at the next August election; and we recommend him to our fellow citizens, as a suitable person for the office, believing that by choosing him they will confer due honor on an individual, and advance the paramount welfare of the State.
Resolved, That the proceedings of this meeting be signed by the Chairman and Secretary, and forwarded to the editors of the Sangamo Journal for publication. And,
On motion, the meeting adjourned.1
BOWLING GREEN, Chairman.A. Lincoln, Secretary.
1James D. Henry had moved to New Orleans in 1833 in the hope that a warmer climate would alleviate a health condition. Henry died there on March 5, 1834. At the next election in August 1834, Joseph Duncan was elected governor of Illinois.
John Carroll Power and S. A. Power, History of the Early Settlers of Sangamon County, Illinois (Springfield, IL: Edwin A. Wilson, 1876), 369-70; Theodore C. Pease, ed., Illinois Election Returns, 1818-1848, vol. 18 of Collections of the Illinois State Historical Library (Springfield: Illinois State Historical Library, 1923), 86.

Proceedings of a Meeting of Citizens of New Salem regarding Candidate for Governor. [1834-03-01]. /documents/D200029. The Papers of Abraham Lincoln Digital Library.