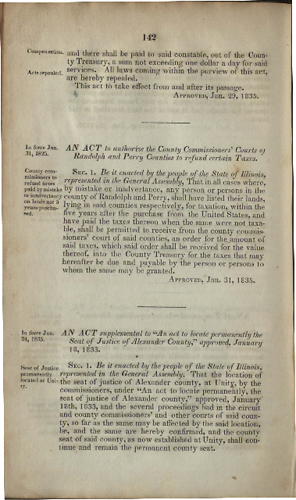 Related Document(s):
A Bill Supplemental to "An Act to Locate Permanently the Seat of Justice of Alexander County," Approved January 18, 1833