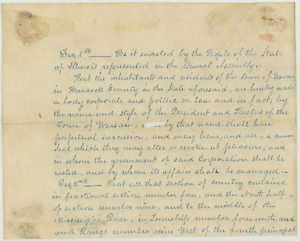 Related Document(s):
An Act to Incorporate the Town of Warsaw