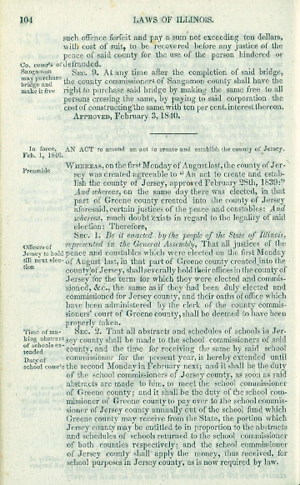 Related Document(s):
A Bill to Amend an Act to Create and Establish the County of Jersey