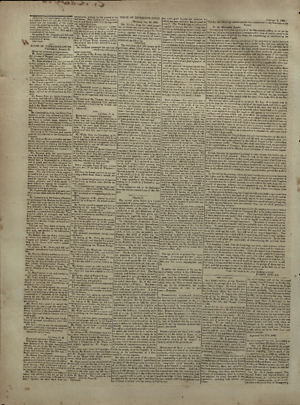 Related Document(s):
Resolution of Illinois General Assembly regarding the Apportionment of Representation in the State

Report of Legislative Debate on Apportionment of Representation in the State, 21 January 1835
Mr. Thomas offered a preamble and resolution, requiring the appointment of a joint select committee to report a bill fixing the ratio for an apportionment of representation for this State, adapted to the census to be taken in the present year.
Mr. Thomas said, the apportionment could be fixed before the census were taken, by saying what number of inhabitants should have a Representative or Senator; and it would save the State the great expense of having a called session of the Legislature; or many counties the inconvenience of having no representation for four years. The only difficulty which suggested itself to his mind, was that of fixing the Senatorial districts. But this, he thought, could be regulated so as to answer all necessary purposes; and if there should be some defects as regards the inequality of representation in the Senate, they can be remedied at the next session.
Mr. Vandevender moved to lay said resolution on the table until the 4th day of July next.
Mr. Lincoln said, the reasons offered by the gentleman from Madison would certainly induce him to go against the resolution. The gentleman had said that there would be a difficulty in fixing the Senatorial districts; and, sir, in my humble opinion, there would be an insurmountable difficulty. The districts cannot be arranged, and with a full knowledge of this fact, I have no doubt the House will lay the resolution on the table until the 4th day of July—at least I will vote in that way.
The vote was then taken on laying the resolution on the table until the 4th day of July next, and decided in the affirmative. Ayes 35, Nays 16.1
1As promised, Abraham Lincoln voted aye.
Despite tabling this preamble and resolution, the House did enact a new apportionment law in the next special session. The new law fixed the ratio at 7,000 for each senator and 3,000 for each representative. This increased the number of representatives from fifty-five to ninety-one.
Illinois House Journal. 1835. 9th G. A., 1st sess., 342; John Clayton, comp., The Illinois Fact Book and Historical Almanac, 1673-1968 (Carbondale: Southern Illinois University Press, 1970), 191.

Report of Legislative Debate on Apportionment of Representation in the State. [1835-01-21]. /documents/D200049. The Papers of Abraham Lincoln Digital Library.