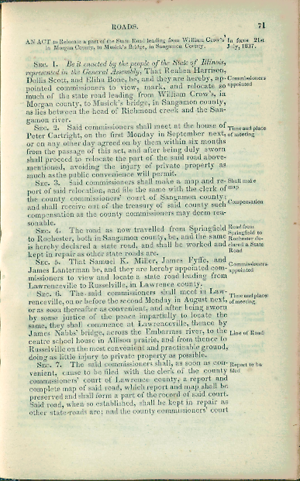 Related Document(s):
A Bill to Relocate a Part of State Road Leading from William Crow’s in Morgan County to Musick’s Bridge in Sangamon County

An Act to Relocate a Part of the State Road Leading from William Crow's in Morgan County, to Musick's Bridge, in Sangamon County. [1837-07-21]. /documents/D200115b. The Papers of Abraham Lincoln Digital Library.