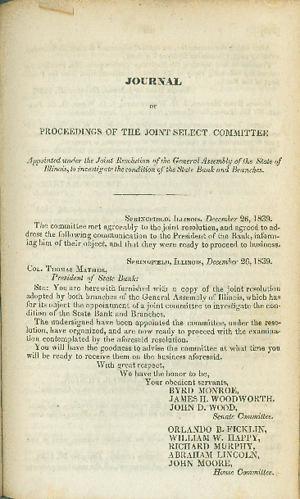 Related Document(s):
Report of Joint Select Committee to Illinois Senate regarding the Condition of the State Bank of Illinois


Printed Letter, 1 page(s), Reports Made to the Senate and House of Representatives of the State of Illinois (Springfield: William Walters, 1840), 1:339.