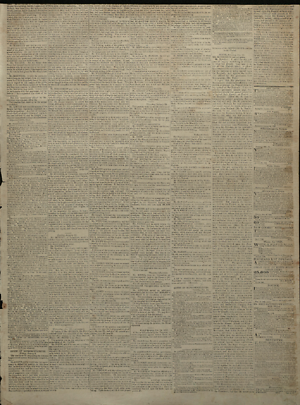 Summary of Legislative Debate on Bill on Illinois and Michigan Canal, 22 January 18401
Mr. LINCOLN, from the select committee to which was referred the Canal bill, reported the some back to the House, with the following amendment: “the scrip hereby authorized to be issued, shall be applied to existing contracts.”2
Mr. LINCOLN said that although he voted for its engrossment before, yet he did it somewhat reluctantly. He was under the impression that the scrip would be paid out for less than its nominal value; but as it was to be paid oat for contracts made in view of money, and if paid with scrip at its nominal value, no loss would result therefrom; but on the contrary, the State would make something. Upon the scrip which is now [proposed?] . . .3 whereas, we would have to pay interest upon money. Contracts had been made when the prices for labor, provisions, &c.[etc], were high; and hence contractors were willing to take scrip, as they would not thereby sustain as much loss as they would, were they to abandon entirely their contracts. He thought that we should lose much by stopping the work on the Canal—that a mutual injury would result to the State by suspending all operations there. It would be, continued Mr. L., very much like stopping a skift in the middle of a river—if it was not going up, it would go down. The embankments upon the Canal would be washing away, and the excavations filling up. He, for these reasons, was for the bill as amended; and, in conclusion, would humbly express the hope that it might pass.4
Mr. MAUS offered an amendment providing that any contractor may abandon his contract, if he does not wish to receive scrip for payment upon the same.
On motion of Mr. FICKLIN, the bill and amendments were laid upon the table.5
1A truncated version of this debate appeared in the Illinois State Register, 29 January 1840.
Newton Cloud introduced A Bill for the Further Prosecution of the Illinois and Michigan Canal in the House of Representatives on January 8, 1840. On January 13, the House referred the bill to the Committee on the Judiciary. The Committee on the Judiciary reported back the bill on January 18 with an amendment, in which the House concurred. The House refused to order the bill engrossed for a third reading by a vote of 35 yeas to 50 nays, with Abraham Lincoln voting yea. On January 20, the House re-considered this vote and, upon Lincoln’s motion, referred the bill to a five-person select committee that included Lincoln.
Illinois House Journal. 1839. 11th G. A., special sess., 136, 163, 201, 204.
2This rendition is a slight variation of the amendment in Lincoln’s hand.
Section one of the bill under consideration empowered the Board of Canal Commissioners to issue scrip, or certificates of indebtedness, in the form of promissory notes, to workers in order to continue work on the Illinois and Michigan Canal.
3The next line in the original source text is cut off at this point.
4Work on the Illinois and Michigan Canal and other parts of the internal improvement system were under threat because of the state’s fiscal condition in the wake of the Panic of 1837 and indebtedness due to large expenditures on public works.
5On January 23, the House tabled the Maus’s amendment and concurred with the select committee’s amendment. The House added language related to the issuance of scrip, but rejected further amendment related to the issue of scrip by a vote of 26 yeas to 55 nays, with Lincoln voting nay. Lincoln proposed an amendment, which the House adopted, to add a proviso to the first section. On January 24, the House tabled, on Lincoln’s motion, an amendment and an amendment to said amendment. The House refused to order the bill engrossed for a third reading by a vote of 36 yeas to 46 nays, with Lincoln voting yea.
Illinois House Journal. 1839. 11th G. A., special sess., 232-33, 235, 236, 242-43.