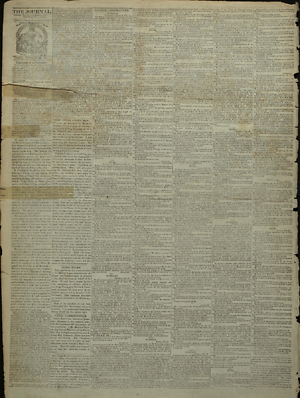 Related Document(s):
A Bill to Change the Boundary Lines of Menard County

Summary of Legislative Debate on “A Bill to Change the Boundary Lines of Menard County,” 22 February 18411
The bill in relation to the lines of Menard county was taken up.2 The question was on ordering the bill to a second reading.
Mr. Francis opposed the bill. He said the people who would be stricken off to Menard by the passage of that bill, were not apprized that such a project was on foot in the House. He therefore moved that the bill be referred to a select committee. so as give his constituents a hearing before this extraordinary measure was passed. He expected to receive the names of a majority of those interested in that section of the county, remonstrating against this measure, and hoped the house would allow the reference, and grant his constituents—those directly interested—a hearing in this matter.
Mr. Bennett supported the bill and opposed the reference.
Mr. Lincoln was in favor of the reference. If, as his colleage had stated, the people directly interested in this matter were opposed to the measure, he should most certainly oppose the bill—he would obey the will of his constituents. He hoped the reference would be had.
The question was taken on referring the bill, and decided in the negative.
Mr. Francis offered an amendment, striking all out after the enacting clause, and inserting a bill for the formation of the county of Athens.
The chair decided the bill out of order.
The bill was then ordered to a third reading.
1On February 26, the House indefinitely postponed further consideration of the bill by a vote of 43 yeas to 25 nays, with Abraham Lincoln voting yea.
Illinois House Journal. 1840. 12th G. A., 503, 524.
2The original act establishing Menard County included a proviso that if commissioners located the county seat on the western side of the Sangamon River, approximately 22 sections west and north of Athens would remain in Sangamon County. The affected area did not include the town of Athens, which remained in Sangamon County. The commissioners located the county seat at Petersburg, on the western side of the river. However, the status of these 22 sections remained in question. A bill introduced in 1840 attempted to address the confusion by repealing the proviso and designating this area as part of Menard County, but it did not pass. Earlier in this session, John Bennett had introduced another bill to resolve the boundary between Sangamon and Menard counties. The General Assembly did not resolve the issue until it passed an act in 1843 adding land west of the Sangamon River to Menard County and an additional act in 1847 adding land east of the Sangamon River, including Athens, to Menard County.
An Act to Establish the Counties of Menard, Logan, and Dane; A Bill to Amend “An Act to Establish the Counties of Menard, Logan, and Dane,” Approved February 15, 1839; A Bill to Extend the Boundaries of Menard County and for Other Purposes; A Bill to Change the Boundary Lines of Menard County; “An Act to Define the Boundary Lines of Menard County,” 2 March 1843, Laws of Illinois (1843), 94; “An Act to Add Part of Sangamon to Menard County,” 28 February 1847, Private and Special Laws of Illinois (1847), 39.

Summary of Legislative Debate on “A Bill to Change the Boundary Lines of Menard County”. [1841-02-22]. /documents/D200265. The Papers of Abraham Lincoln Digital Library.