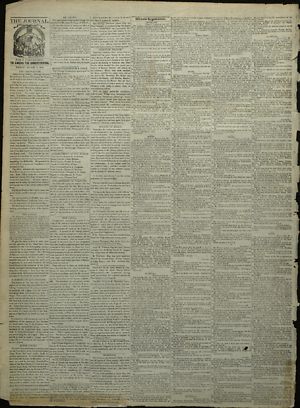 Summary of Legislative Debate on the Printing of Reports from the Committee of Nine, 23 February 18411
Mr. Edwards, from the select committee of Nine, to which had been referred the enquiry into the best means of providing for the payment of the interest of the State debt, and other subjects, made a report of some length, accompanied with four several bills viz:
1st A bill for a loan for canal purposes.
2d A bill for the early completion of the Illinois and Michigan Canal.
4th A bill to provide for the payment of the State debt.
The report of the committee was then read.
A counter report from Mr. Munsell, as a minority of the committee, was then read.
Mr. Trumbull moved that the two reports be laid on the table.
Mr. McClernand moved that 500 copies of the majority report be printed.
Mr. Trumbull moved that the same number of the minority of one be printed.
Mr. Lincoln suggested that the printing be dispensed with,—without taking the question on the printing.2
1On February 20, the House of Representatives adopted a resolution appointing a special committee to investigate and report on the state debt, the internal improvements system, and the Illinois & Michigan Canal. The members of the committee were Abraham Lincoln, William H. Bissell, Leander Munsell, William B. Archer, John J. Brown, John A. McClernand, William H. Henderson, Ebenezer Peck, and Cyrus Edwards.
Illinois House Journal. 1840. 12th G. A., 455, 478-79.
2The House tabled the two reports without voting on whether to print them.
Illinois House Journal. 1840. 12th G. A., 478-79.

Summary of Legislative Debate on the Printing of Reports from the Committee of Nine. [1841-02-23]. https://papersofabrahamlincoln.org/documents/D200267. The Papers of Abraham Lincoln Digital Library.