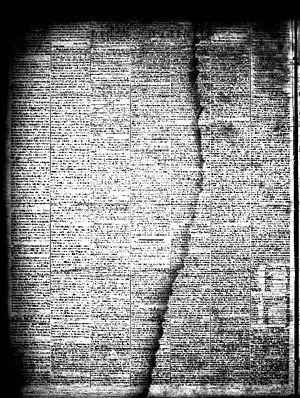 Summary of Legislative Debate on Resolutions Protesting the Sub-Treasury, 9 February 1839
Among the curiosities of this place and age is the protest of 38 loco foco Representatives, which was presented to the House on Saturday last, but was so presented it seems without proper consultation, as during the afternoon, some of the membears, among whom was Mr. H. T. Pace, of Jefferson, rose in his place, and stated that when he signed it, he had not calculated that any other use was to be made of it than to send it to our members of Congress; but if it was to be placed on the Journal, and examined by the people, he would ask the privilege of expunging his name. Mr. Lincoln remarked, that if the gentleman from Jefferson wished to withdraw his name from that document, he for one was willing to permit it; but he would say to the member and to the House, there were statements made in that documents which were false and unfounded, and he would call on the authors of the protest, at the proper time, to retract. He would not deny the right of gentlemen to protest; but he would maintain his right to lay before the people a contradiction of their unfounded statements. Yet, while he wished to hold the signers of this document responsible to the people for what they had said, if the gentleman from Jefferson or any one else, was ashamed of it, he hoped the house would permit them to withdraw their names. Mr. Flood, Register of the Quincy Land Office, said his name was to that paper, but he had not read it; and if, as the gentleman from Sangamon stated, there were false statements in it, he would beg permission to have an opportunity to examine it, and would therefore, move that the House adjourn. The Speaker said that any member might erase his name who chose to do so; and to give them an opportunity he would direct the Clerk not to place it on the Journal. Subsequently, on Tuesday morning, he permitted it to be withdrawn altogether—a rather strange way of doing business.1
1The text of the protest and list of signers appeared in the Alton Telegraph (Alton, IL), 2 March 1839, 2:7; 3:1-2. The protest was against a series of resolutions adopted by the General Assembly against the Independent Treasury System. In his inaugural address of December 7, 1838, Governor Thomas Carlin opined that “the present condition of the currency and the interests of the country generally seem to require the establishment of an Independent Treasury...” On December 11, the General Assembly adopted a resolution referring that part of the address related to currency to the Committee on Finance, of which Abraham Lincoln was a member. On December 18, the Committee on Finance issued majority and minority reports. The majority report concluded with a resolution opposing establishment of an Independent Treasury and calling for re-charter of the Second Bank of the United States or charter of a new national bank. The minority report closed with a resolution calling on Illinois’s representatives and senators to vote “for any bill having for its object the disconnection of the Bank and State.” On January 22, 1839, the House of Representatives adopted a resolution affirming “That it is not the policy of the United States to establish an Independent Treasury or a Sub-treasury system,” by a vote of 46 yeas to 40 nays, with Lincoln voting yea. The House also adopted a resolution instructing the state’s senators and requesting its representatives to vote against any law or resolution having for its object the creation of an Independent Treasury in any form by a vote of 46 to 40, with Lincoln voting yea. The Senate concurred on January 28.
Illinois House Journal. 1838. 11th G. A., 1st sess., 108, 257-63, 299-300; Illinois Senate Journal. 1838. 11th G. A., 1st sess., 212, 237-39.