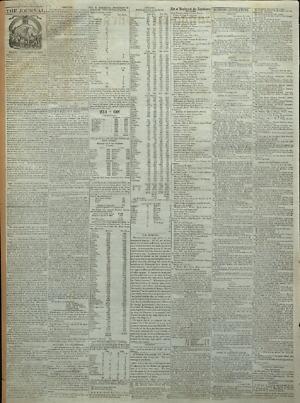 Summary of Legislative Debate on Printing of Governor's Message, 26 November 1840
The Governor’s message, was announced, and read from the clerk’s table.
Mr. Logan moved the printing of 500 copies.
Mr Murphy moved 5,000.
Mr. Leary moved 10,000.
The question, on Mr. Leary’s motion being taken, it was lost—ayes 35—noes 40.
Mr. Cavalry moved 8,000; which was carried—ayes 45—noes 38.1
Mr. Lincoln demanded the ayes and noes which was seconded by Mr. Henderson.
Mr. Hardin, inquired if 5,000 were not the usual number. He though it was; but as the State was very rich and out of debt, it could now afford to print double the number.
Mr. Henderson said, he had always regarded the printing of so many copies of the Governor’s message, a useless waster of the public money.—The message would be printed in all the newspapers of both political parties, and there read by all who desire to read it. When we reflect, said Mr. H. that for the last eight years the State has not had a dollar it could call its own,—that our printing last year cost us $23,000, and that in our present condition retrenchment is absolutely necessary, is it not high time that we should practice Economy, as well as preach it?2
Mr. Peck said that when the party of which the gentleman, (Mr. Henderson) was a member, was in the majority, we had heard nothing of extravagance in the public printing—the additional cost of printing 8, instead of 5 thousand, would only be 30 or 40 dollars. The people were every where looking for the Message with anxiety, and it should be extensively circulated.
Mr. Henderson begged leave to inform the gentleman that the party of which he was a member, had never been in a majority at a time when they could control the public printing.
Messrs.[Messieurs] Kitchell and Turney were in favor of printing 8000—it was no economy to withhold light from the people. Their constituents all desired to see the Message, and they would pledge themselves that every one which should fall to their lot, should be distributed.
Mr. Lincoln said he had moved for the ayes and noes on this motion to print 8000 copies, from a higher consideration than the saving of 30 0r 40 dollars, which the member from Cook had said would be the only additional expense. He would grant that 30 0r 40 dollars were not worth quarelling about. But when we reflected, that if we now quarrel about 40 dollars, and it is nevertheless allowed, would not the presumption be very strong, that hereafter, many such sums, will be allowed without a quarrel, and without objection.
Some experience in this matter had convinced him that it was altogether useless to print so much as we had even been in the habit of doing. He would appeal to the experience of every member who had served in the Legislature if one half of them were ever distributed. No sir; from the time they are printed, until the end of the session, they can be found every where in places nameable and unnameable—in short, every where, but amongst the people.
Mr. Logan said he remembered on going home last session to have found in one post-office as many as would lie on the clerk’s table, which he had sent to his constituents and which were never taken out. He would go for the lowest number.
The ayes and noes were then taken on the motion to print 8000, and the motion lost—Ayes 42, Noes 46.3
Mr. Parsons moved six thousand; which was lost—Ayes 43, Noes 45.
The motion to print 5000, was then put and carried.
1The House Journal records that Revel W. English proposed 8,000. It does not include this vote.
Illinois House Journal. 1840. 12th G. A., 30.
2Hardin and Henderson were referring to the state’s fiscal crisis brought on by exorbitant spending on the Internal Improvement System and the impact of the Panic of 1837. In point of fact, Governor Thomas Carlin had called for the opening of the Twelfth General Assembly on November 23, 1840, two weeks before the constitutionally-mandated date for the regular session, in order to deal with the state debt crisis. Particularly vexing was that the state had no funds in the treasury to satisfy the interest payment on the debt due January 1, 1841.
Michael Burlingame, Abraham Lincoln: A Life (Baltimore, MD: The Johns Hopkins University Press, 2008), 1:162; John H. Krenkel, Illinois Internal Improvements 1818-1848 (Cedar Rapids, IA: Torch, 1958), 166.
3Lincoln voted no.
Illinois House Journal. 1840. 12th G. A., 30.