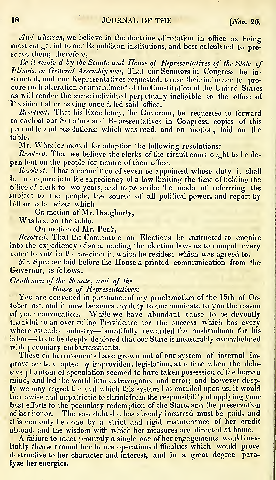 Related Document(s):
Resolution regarding Division of the Governor’s Message


Printed Transcription, 13 page(s), Journal of the House of Representatives, of the Twelfth General Assembly of the State of Illinois, Convened by Proclamation of the Governor, Being Their First Session (Springfield, IL: William Walters, 1840), 18-30