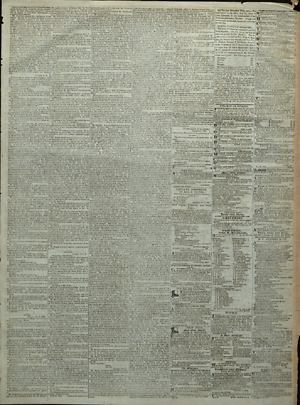 Summary of Legislative Debate on Unfinished Business of the Last Session, 7 December 1840
Mr.Turney offered a resolution, that the unfinished business of the last session of the Legislature be taken from the files, and placed in the same stage of forwardness in this session of the Legislature, that it occupied at the adjournment of the former sesssion.
Mr. Lincoln demanded the ayes and noes.
During the call several members, rose to explain, or asked to be excused.
Mr. Carpenter asked to be excused. It was certainly desirable to take this course, but he was not prepared to say it was proper; excused.
Mr.Ormsbee asked the same privilege. He was not prepared to say the resolution was proper; excused.
Mr. Lincoln would state why he had called the ayes and noes on the resolution. If it were a fact that there was no illegality in the proposed measure, then it was certainly desirable on the grounds of expedience, that the resolution should be adopted. But our constitution had provided that every bill should be read three times on three different days, unless three-fourths should dispense with the rules, before it became a law.1 Now, was it not a matter of serious doubt whether this House could take up a bill which had been twice read during the last session and by reading it once now, pass it into a law?
Mr. Minshall explained. He believed it unconstitutional, and should therefore vote against it.
Mr. Webb said he would give an additional reason why this resolution should not be adopted. We had no reason to believe that the Senate would take the same short cut to business, and the consequence would be, that we should take Senate bills from our table and pass them into laws without the concurrence of both Houses.2
Mr. Peck said it had been decided over and often that a court could not go behind a law to ascertain how it became a law. This he thought a sufficient answer to the alledged illegality of the laws, which would be affected by this resolution.
The resolution was adopted—ayes 42, nays 40.3
1Ill. Const. of 1818, art. II, § 16.
2In point of fact, the Senate did “take the same short cut,” passing a similar resolution on December 7.
Illinois Senate Journal. 1840. 12th G. A., 54.
3Abraham Lincoln voted nay.
Illinois House Journal. 1840. 12th G. A., 85.