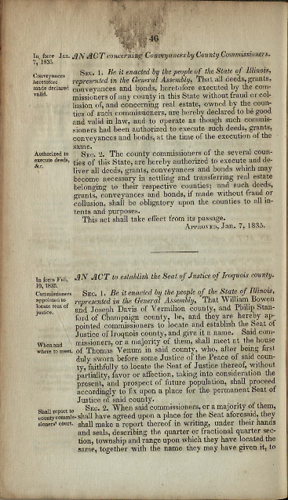 Related Document(s):
A Bill to Establish the Seat of Justice of Iroquois County