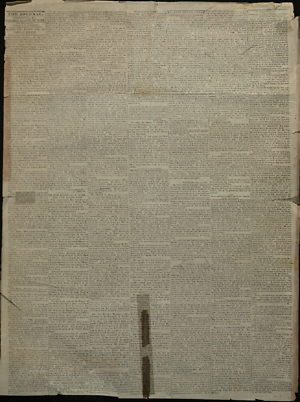 Summary of Legislative Debate on Appropriation for Building the State House, 7 January 18391
The House was mostly occupied on Monday, with the “bill making an appropriation for completing the State House,” Gen. Thornton in the chair. Mr. Ewing took the floor and moved to strike out all after the enacting clause of the bill, and insert an amendment, providing that Vandalia shall be the seat of Government until otherwise ordered. Mr. Ewing said that it was unconstitutional to legislate upon the subject till 1840, and that when the bill passed locating the seat of government at Springfield, it was supposed that fifty thousand dollars would cover all the expenses of erecting public buildings. It seemed that it would now require one hundred and twenty-eight thousand more. He then went into an examination of the fiscal concerns of the State, and declared that the State was now in debt six million and a half of dollars; and it was time members should pause and reflect in making appropriations. Mr. Lincoln said, he believed the majority would agree, that if the work was done at all, it should be well done; and he was willing to submit the question to the House without saying one word more. Mr. Ewing’s amendment was rejected.2
Mr. Ewing then proposed another amendment—that a Board of Commissioners should be appointed to locate the seat of government on vacant land; that they should lay out and sell the lots; and with the money build a State House. He thought that half a million might be realized by this measure. Mr. Baker replied that the gentleman in his former argument had stated that it was unconstitntional to legislate upon this subject till 1840. Mr. B. fully replied to Mr. Ewing’s remarks, at length. Mr. Ficklin followed, and endeavored to show that the State was not pledged to make the appropriation—that the seat of government ought to remain at Vandalia—that the present capitol was good enough—and that the question of a location of the seat of government ought to be submitted to the people in 1840.—Mr. Lincoln said, that the people in 1840, would have no better right to decide the question, than the people of 1839. True, the Constitution had fixed the seat of government at Vandalia for twenty years, and if the people had made a hard bargain, they had a right to get out of it the best way they could.3 As to making money in locating state capitals, by selling lots, that matter could be settled by ascertaining how many state capitols had been built by the sale of lots in Vandalia; the idea that money can be made in this way was all illusion. Mr. Ewing then read a statement of the votes given by the people some years since in reference to the seat of government, by which it appeared that Vandalia had the second highest number.4 He said that Springfield could not accommodate the Legislature better than Vandalia now does, and would not probably for ten years to come. He wished to see Vandalia remain the seat of government until the interest of the country required its removal. Mr. Ewing’s amendment was then rejected.
Mr. Ewing submitted another amendment—that the location should be again submitted to the people—that if there should be no choice, to return to the people the five places having the highest number of votes; if there should be no choice out of these, then the three highest should be submitted to be voted for the third time; if there then should be no choice, the election to be made between the two highest returned. The amendment was rejected. The Committee then rose and reported progress.
Mr. Ficklin proposed an amendment, that the State should lend the corporation of Springfield 128,000 dollars to complete the State House; and at the election in 1840 to submit to the people whether Springfield should remain the seat of government; and, if not, to compel the corporation to reimburse the money thus loaned. An amendment was offered to Mr. Ficklin’s amendment by Mr. Carpenter; but both were rejected.
The House adjourned.5
1A better account of this debate appeared in the Vandalia Free Press & Illinois Whig on January 10, 1839.
2The debate on the legislation regarding the construction of a new state house commenced at 2 p.m. and consumed the rest of the day.
Illinois House Journal. 1838. 11th G. A., 1st sess., 181-84.
3Illinois’ first General Assembly had passed legislation laying out the town of Vandalia as the new state capital and establishing it as the seat of government for a period of twenty years ending in 1840.
“An Act for the Removal of the Seat of Government of the State of Illinois,” 30 March 1819, Laws of Illinois (1819), 361-64.
4The election to which Ewing referred had been held after the passage of an 1833 act to relocate the state’s seat of government. The Vandalia Free Press gave a breakdown of the resulting vote in its summary of this debate nearly two weeks earlier.
“An Act Permanently to Locate the Seat of Government of Illinois,” 5 February 1833, Revised Laws of Illinois (1833), 572-73.
5The bill passed the House on January 11, 1839, and became law on January 12.
Illinois House Journal. 1838. 11th G. A., 1st sess., 199-200; Illinois Senate Journal. 1838. 11th G. A., 1st sess., 168.

Summary of Legislative Debate on Appropriation for Building the State House. [1839-01-07]. /documents/D200150b. The Papers of Abraham Lincoln Digital Library.