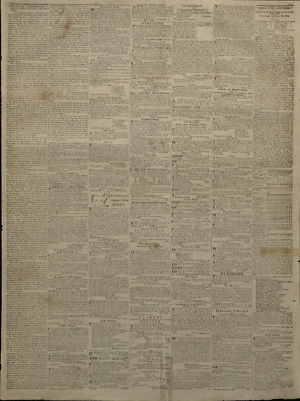 Public Notice of an Election in the City of Springfield, 18 March 18401
Notice is hereby given,
THAT in pursuance of law an election will be held in the City of Springfield, on the third Monday of April next, for the election of one Mayor of the City, and one Alderman from each Ward.2
The election in the First Ward shall he held at the house of W. W. Watson.
The election in the Second Ward shall be held at the house of Michael Glynn.
The election in the Third Ward shall be held at the Court Room.
The election in the Fourth Ward shall be held at the American House.
Should the city charter not be accepted by the citizens, the above notice will be null and void.3
The polls for said elections will be opened at 8 A.M. and closed at 12 M.4
Springfield, March 18, 1840.P. C. CANEDY,J. WHITNEY,J. KLEINE,P. C. LATHAM,A. LINCOLN,
Trustees.
Simron Francis, Clerk.
1Abraham Lincoln affixed his signature to this public notice, so the text is attributed to him, but the extent of his involvement in its composition is unknown.
2Article four, section one, of the act incorporating the city of Springfield set the time and procedure for the first election.
3In a special election of April 6, Springfield voters had approved the city charter by a vote of 226 to 121.
Sangamo Journal (Springfield, IL), 10 April 1840, 2:1.
4In the election held on April 20, Springfield voters elected Benjamin S. Clement mayor and James R. Gray, Joseph Klein, Washington Iles, and William Prentiss as aldermen of the first, second, third, and fourth wards, respectively. The successful candidates were all Whigs.
Proceedings of the Springfield Board of Trustees; History of Sangamon County, Illinois (Chicago: Inter-State, 1881), 566; Sangamo Journal (Springfield, IL), 24 April 1840, 2:5.

Public Notice of an Election in the City of Springfield. [1840-03-18]. https://papersofabrahamlincoln.org/documents/D200217. The Papers of Abraham Lincoln Digital Library.