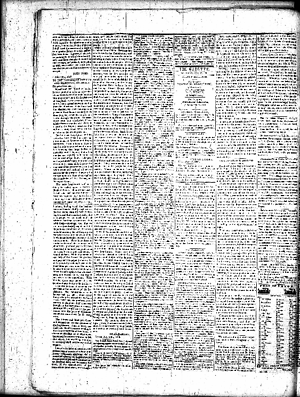 Summary of Speech at Lacon, Illinois, 18 July 18461
MR. LINCOLN’S SPEECH.
On Saturday last, Mr. Lincoln, the Whig candidate for Congress, made his appearance in our county. His visit was unexpected, as no public notice had preceded him—the friend (in Tazewell co.) to whom he had assigned the announcement of the times and places of his speaking in Putnam and Marshall, having failed to pay due attention to the matter.
However, there was a respectable gathering of the citizens of our village, and Mr. Lincoln gave us a good speech. The Tariff was the principal subject, with which he showed himself to be thoroughly acquainted. In a most logical, argumentative effort, he demonstrated the necessity of a discriminating tariff, and the excellence of that adopted by the whig congress of 1842; and also that the consumer does not usually pay the tariff, but the manufacturer and importer.2 Mr. L. closed with some general observations on the Mexican war, annexation of Texas, and the Oregon question.3
The Whigs of this District have been fortunate in the selection of their candidate for Congress. Mr. Lincoln is one of the strongest men of our State—possessing a well disciplined, clear and comprehensive mind—a mind able to grasp any subject within the range of the statesman. Of his election we have no doubt; in the event of which his constituents of all parties may safely repose confidence in his ability, and fidelity to their interests, and the interests of the west and country.4
1There is no handwritten version of this speech.
2Instituting a protective tariff was one plank of the Whig Party’s platform. In 1842, a Whig-majority Congress had passed an increased tariff to expand government revenues and reverse the imbalance of import and export trading.
Report of Proceedings of the Whig Convention at Peoria, Illinois regarding Candidates for President and Vice President; “An Act to Provide Revenue from Imports, and to Change and Modify Existing Laws Imposing Duties on Imports, and for Other Purposes,” 30 August 1842, Statutes at Large of the United States, 5 (1856):548-67; Michael F. Holt, The Rise and Fall of the American Whig Party: Jacksonian Politics and the Onset of the Civil War (New York: Oxford University Press, 1999), 166-67.
3The Whig party’s platform consisted in part of opposition to expansion in Texas and expansion into Oregon only to the 49th parallel.
Paul H. Bergeron, The Presidency of James K. Polk (Lawrence: University Press of Kansas, 1987), 18, 114; Michael Burlingame, Abraham Lincoln: A Life (Baltimore: The Johns Hopkins University Press, 2008), 1:224, 229.
4Abraham Lincoln running against Peter Cartwright for the U.S. House of Representatives from the Seventh Congressional District, which included the counties of Cass, Logan, Marshall, Mason, Menard, Morgan, Putnam, Sangamon, Scott, Tazewell, and Woodford. In the election of August 3, 1846, Lincoln defeated Cartwright, receiving 6,340 votes to 4,829 votes for Cartwright in the district as a whole. But in Marshall County, Lincoln received 252 votes to Cartwright’s 323, and in the adjacent county of Woodford, Lincoln garnered 215 votes to Carwright’s 300. Marshall and Woodford were the only counties Lincoln lost.
Theodore C. Pease, ed., Illinois Election Returns, 1818-1848, vol. 18 of Collections of the Illinois State Historical Library (Springfield: Illinois State Historical Library, 1923), 159; Howard W. Allen and Vincent A. Lacey, eds., Illinois Elections, 1818-1990 (Carbondale and Edwardsville: Southern Illinois University Press, 1992), 126.