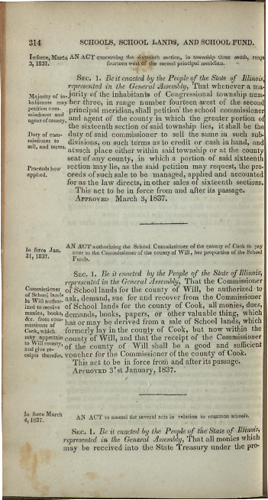 An Act to Amend the Several Acts in relation to Common Schools. [1837-03-04]. https://papersofabrahamlincoln.org/documents/D254397b. The Papers of Abraham Lincoln Digital Library.