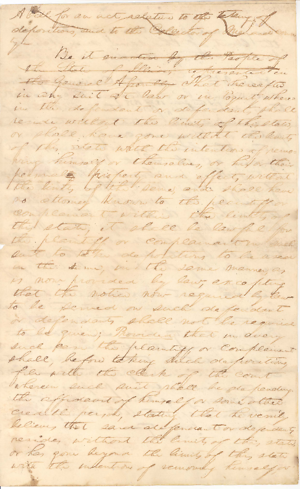 Related Document(s):
A Bill to Authorize the Collector of --- County to Collect Taxes

A Bill in relation to Taking of Depositions and in relation to Menard and Logan Counties. [1840-01-30]. /documents/D200210. The Papers of Abraham Lincoln Digital Library.