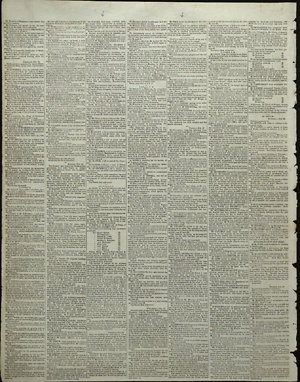 Related Document(s):
A Bill to Provide for the Payment of Interest on the State Debt
Summary of Legislative Debate on Bill to Sell State Bonds to Pay Public Debt

Summary of Legislative Debate on Bill to Sell State Bonds to Pay Public Debt, 15 February 18411
The election of justices of the supreme court having been gone through,2 on motion of Mr Peck, the House resolved itself into committee of the whole, mr Ross, of Fulton, in the chair, on the three finance bills providing for the payment of the public debt, and for revenue in general.3
The first section of the bill providing for the sale of bonds for payment of the July interest was taken up and considered:4 several amendments were proposed by Messrs. Kitchell, Henderson and Lincoln, and a lengthy debate took place on the question whether bonds should be sold at par value only, or whether they should be sold at such value as they might bear in the money market. Messrs Lincoln, McClernand, Peck, and Brown, of Vermillion, contended that to restrict them to be sold at par value only, was tantamount to prohibiting their sale, and would, therefore, defeat the whole object of the bill, and amount to an entire abandonment of the good faith of the State. Messrs Kitchell and Ormsbee contended that if they could not be sold at par, they ought not to be sold at all, and the State had better fail in paying the interest on its debt, than to plunge itself into remediless debts and difficulties. The discussion having continued to a late hour without result,
On motion of Mr HENDERSON, the consideration of the first section of the bill was postponed, and on his motion, the committee rose, reported, and obtained leave to sit again.
1The Sangamo Journal of February 19, 1841, published a brief account of this debate.
2Reference to section two of the judiciary act, which stipulated the election of five additional justices to the Supreme Court. The election took place on February 15, and the General Assembly selected Sidney Breese, Thomas Ford, Samuel H. Treat, Walter B. Scates, and Stephen A. Douglas as the new justices.
Illinois House Journal. 1840. 12th G. A., 406.
3On November 23, 1840, Governor Thomas Carlin called the General Assembly into special session two weeks before it was constitutionally mandated to gather to tackle the state debt crisis brought on by the Panic of 1837 and large expenditure on the internal improvement system.
As the House of Representatives debated various legislative remedies, it pursued other measures to ensure that the state would not default on the January 1 interest payment. On December 2, the House adopted a resolution creating a joint select committee to confer with the President and Directors of the State Bank of Illinois to discern as to whether the bank would loan the state money, and if so willing, at what interest rate, to pay the January interest on the public debt. The House placed Lincoln and two others on this committee, but the Senate took no action. On the same day, the House adopted another resolution requesting the Fund Commissioner to report on the amount of interest due on January 1, 1841. On December 3, Richard F. Barrett, the fund commissioner, reported the semi-annual interest on the state’s $5,852,000 debt, due January 1 and July 1, was $175,560, making the state liable for $175,560 on January 1.
The special session--known as Session 12-1-ended on December 7 without any substantive legislation. On December 15, 1840, the General Assembly passed an act making provision for the payment of the interest due on the internal improvement debt on January 1. During a debate on this legislation on December 12, Lincoln spoke in support of it as a stopgap measure to pay the January interest. During debate on December 15, representatives echoed similar sentiments, though some voiced concern about the absence of additional tax revenue, arguing that the State should either raise property taxes or sell public lands and deposit the receipts into a permanent fund from which the state would make future interest payments. The act only provided for payment of January interest; as Richard F. Barrett reported on December 3, the state would have to make another interest payment of $175,560 on July 1. Debate in January and February centered on legislation for the July interest and a permanent solution.
On February 4, 1841, Ebenezer Peck of the House Committee of Finance, of which Abraham Lincoln was a member, made a report on the public revenue, accompanied with two bills: one in relation to the recording of deeds, and another concerning the licensing of merchants, auctioneers, and money brokers and others. Together with its report and these two bills, the committee reported back a bill Lincoln had introduced on December 4, 1840 with amendments. The House tabled the report and bills and ordered printed 150 copies of the bills. On February 11, the House took up Lincoln’s bill as amended and referred it to the Committee of the Whole, making it the special order of the day for February 15.
Illinois House Journal. 1840. 12th G. A., 38, 45, 47-48, 48-51, 72, 73-74, 78, 86, 105, 106-7, 108, 117-19, 121, 323, 373, 406; Illinois Senate Journal. 1840. 12th G. A., 78-79, 79-80; Illinois State Register (Springfield), 18 December 1840, 3:5; 25 December 1840, 2:3-4; Michael Burlingame, Abraham Lincoln: A Life (Baltimore, MD: The Johns Hopkins University Press, 2008), 1:162-63; John H. Krenkel, Illinois Internal Improvements 1818-1848 (Cedar Rapids, IA: Torch, 1958), 177-80.
4Section one of the bill authorized and required the governor to issue, from time to time, such amount of state bonds, to be called the “Illinois interest bonds,” as may be absolutely necessary for the payment of so much of the interest upon the state debts, “as there may be no other means of paying.”