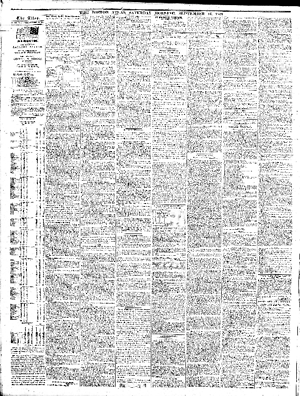 Summary of Speech at Boston, Massachusetts, 15 September 18481
Boston Whig Club.2—A full and enthusiastic meeting of this Club was held last evening at Washingtonian Hall, Bromfield street. They were addressed by the Hon. Abraham Lincoln, of Illinois, in a speech of an hour and a half, which, for sound reasoning, cogent argument and keen satire, we have seldom heard equalled.3 He defended General Taylor from the charge that he had no principles, by showing conclusively that his avowed and well known principles were, that the people’s will should be obeyed, and not frustrated by Executive usurpation and the interposition of the veto power.4
He pointed out the absurdity of men who professed Whig principles supporting Van Buren, with all his Locofocoism, while the Whigs were as much opposed to the extension of slavery as were the Van Buren party.5 His remarks were frequently interrupted by rounds of applause. As soon as he had concluded, the audience gave three cheers for Taylor and Fillmore, and three more for Mr Lincoln, the Lone Star of Illinois, and then adjourned.6 It was a glorious meeting.
1A brief mention of this speech, extracted from the Boston Chronotype, appeared in the Illinois State Register on October 13, 1848.
2The editors proved unable to determine the origins, composition, and purpose of this club.
3At the end of the first session of the Thirtieth Congress, Lincoln spent eleven days in Massachusetts stumping for Zachary Taylor to win the presidential election of 1848. Lincoln left Washington on Saturday, September 9 and arrived in Boston on September 15.
Michael Burlingame, Abraham Lincoln: A Life (Baltimore: The Johns Hopkins University Press, 2008), 1:280-84; The Lincoln Log: A Daily Chronology of the Life of Abraham Lincoln, 9 September 1848, http://www.thelincolnlog.org/Results.aspx?type=CalendarDay&day=1848-09-09; 15 September 1848, http://www.thelincolnlog.org/Results.aspx?type=CalendarDay&day=1848-09-15; Summary of Speech at Boston, Massachusetts; Abraham Lincoln to Junius Hall.
4Ever since President Andrew Jackson made broad use of the veto power to reject internal improvements, a National Bank, and other parts of Henry Clay’s American System, the Whigs had railed against “executive usurpation.” Congressional supremacy became a mantra for the Whig Party, and Whig orators made what they deemed unconstitutional use of the veto power by Jackson’s successors a theme in most elections up to 1848. In the presidential campaign of 1848, Whigs sought to mobilize their supporters and gain neutral voters by claiming that Lewis Cass, the Democratic candidate, would continue James K. Polk’s unconstitutional usurpation of power, most notably in commencing and waging the Mexican War.
Norma Lois Peterson, The Presidencies of William Henry Harrison & John Tyler (Lawrence: University Press of Kansas, 1989), 14, 89-90, 97; Michael F. Holt, The Rise and Fall of the American Whig Party: Jacksonian Politics and the Onset of the Civil War (New York: Oxford University Press, 1999), 27-30, 49, 60, 67, 69, 110, 128, 130-34, 137-39, 146-50, 166, 350-51.
5Anti-slavery and some regular Whigs condemned the nomination of Taylor, a southern slaveholder who had no previous political affiliation, as an abandonment of Whig principles. Like Henry Clay, many refused to endorse Taylor and participate in the campaign.
For some “Conscience” Whigs, the nomination of Taylor proved the last straw, and they began making plans for an anti-slavery party. Conscience Whigs and Van Buren Democrats came together to form the Free Soil Party. The party held a convention in Buffalo in August and nominated Martin Van Buren for president.
Michael F. Holt, The Rise and Fall of the American Whig Party: Jacksonian Politics and the Onset of the Civil War (New York: Oxford University Press, 1999), 333-39.
6In a letter to Thaddeus Stevens on September 3, Lincoln referred to himself as the “lone whig star” of Illinois, a reference to the fact that he was the only Whig in the Illinois congressional delegation.