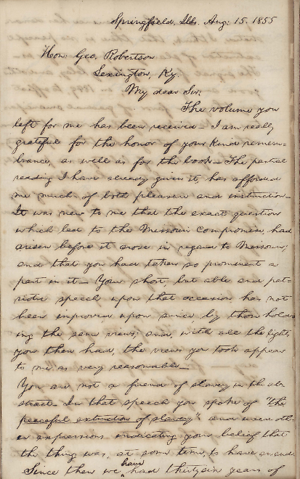 Related Document(s):
Inscription of George Robertson to Abraham Lincoln in Scrap Book on Law and Politics, Men and Times