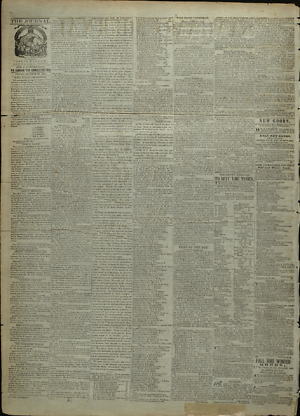 Anson G. Henry and Others to the Editor of the Sangamo Journal, 20 October 18411
WHIG STATE CONVENTION.
The undersigned, acting as is believed, in accordance with the wishes of the whig party, and in compliance with their duties as the Whig Central Committee of this State, appoint the third Monday of December next, for the meeting of a Whig State Convention, at Springfield, for the purpose of nominating candidates for the offices of Governor and Lieutenant Governor of this State for the coming election.2
It is recommended that the number of Delegates to the Convention shall conform to the number of Representatives to which the Counties are respectively entitled under the new apportionment; but that in all cases every County shall be entitled to one Delegate.
We would urge upon our political friends in the different Counties to call meetings immediately for the election of Delegates.
It is ardently hoped that the Counties will be fully represented, in order that the will of the people may be expressed in the selection of candidates.
A. G. HENRY,J. F. SPEED,A. LINCOLN,E. D. BAKER,WM. L. MAY,
Whig State Central Committee.Springfield, Oct. 20, 1841.
1The only version of this letter that is extant is that which was printed in the Sangamo Journal.
2Upon the resignation of the Lieutenant Governor Alexander Jenkins in December 1836, the Illinois Senate had elected William H. Davidson as acting lieutenant governor and acting president of the Senate. He served as such from December 1836 to December 1838. In 1838, state voters elected Stinson H. Anderson over Davidson for lieutenant governor. By November 1841, Davidson had declined the Whig nomination for governor; soon after, he moved to Louisville, KY, where he became a wealthy banker. Whigs then saw Joseph Duncan as their only viable choice and determined a full convention was unnecessary. At a meeting held in Springfield in November, Whig delegates suggested Justin Harlan as a suitable candidate for lieutenant governor, but William H. Henderson would eventually get the nomination. In the gubernatorial election of 1842, Duncan and Henderson would lose to Thomas Ford and his running mate John Moore.
John Moses, Illinois Historical and Statistical (Chicago: Fergus, 1895), 1:550; Sangamo Journal (Springfield, IL), 26 November 1841, 2:1; Proceedings of Whig Meeting regarding Candidates for Governor and Lieutenant Governor; Theodore C. Pease, ed., Illinois Election Returns, 1818-1848, vol. 18 of Collections of the Illinois State Historical Library (Springfield: Illinois State Historical Library, 1923), 126, 129.

Anson G. Henry and Others to the Editor of the Sangamo Journal. [1841-10-20]. https://papersofabrahamlincoln.org/documents/D200281. The Papers of Abraham Lincoln Digital Library.