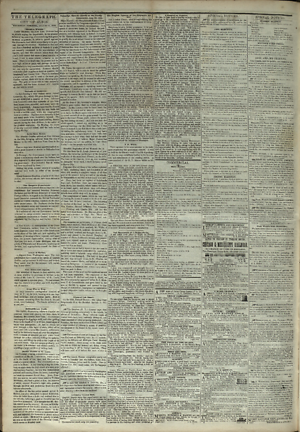 Summary of Speech at Carrollton, Illinois, 28 August 18541
Carrollton, Aug. 29, 18642.
Major Harris— the Douglas anti-Missouri Compromise candidate for Congress— opened the canvass in this (Sixth) District, on yesterday, In a speech of about two hours, he defined his position as a decided opponent of the Missouri Compromise, and labored hard to defend its repeal by the Kansas-Nebraska bill. His speech ought to gratify the most ardent friend to the universal extension of slavery. He spoke fluently, and with much apparent frankness and sincerity, as if desirous that there should be no mistaking that a vote for him would be a full indorsement of the repeal of the Missouri Compromise. He went further— denouncing the original planners, introducers and supporters of the Missouri Compromise as the old “broken down Federalist party, led by Rufus King”3 Is it so? I have not so read its history.
Mr. Yates, his opponent, could not be present; he, it is hoped, will be able to meet the gallant Major at Carlinville next Monday. While Maj. Harris was speaking, Mr. Lincoln of Springfield, arrived in the stage, and by request he addressed the crowd assembled in defense of the Missouri Compromise, and in opposition to so much of the Nebraska bill as repeals it— speaking more than two hours. I need only to say, in reference to his speech that Lincoln was himself. He did not attempt to answer Harris— as he had not heard any of his speech.4 Both were listened to with marked attention.
1The Daily Alton Telegraph published this summary of Abraham Lincoln’s speech as a letter from “S.” The Democratic Illinois State Register printed another summary of the speech.
2Editors of the Daily Alton Telegraph mistakenly printed “1864” instead of “1854.”
3Federalist Senator Rufus King of New York had been a prominent opponent of Missouri’s admission to the union as a slave state during debate in 1819 and 1820. Jesse B. Thomas of Illinois was a Democratic Republican senator in 1820 when he proposed what would become the Missouri Compromise. Support of the Missouri Compromise in Congress hewed more closely to sectional than party lines.
Biographical Directory of the American Congress 1774-1996 (Alexandria, VA: CQ Staff Directories, 1997), 1337, 1936; Robert Ernst, Rufus King: American Federalist (Chapel Hill: University of North Carolina Press, 1968), 370-74; Glover Moore, The Missouri Controversy, 1819-1821 (Lexington: University of Kentucky Press, 1953), 88-89.
4Passage of the Kansas-Nebraska Act and its effective repeal of the Missouri Compromise reawakened Lincoln’s passion for politics, and he threw himself into the congressional election campaign in the fall of 1854, crisscrossing the state to deliver speeches against the Kansas-Nebraska Act and in support of Richard Yates and other anti-Nebraska candidates.
In a letter of August 28, 1854 to Thomas L. Harris printed in the Illinois Daily Journal, Yates wrote that Harris’ notification of his plan to begin the congressional campaign with a speech in Carrollton had arrived too late for Yates to attend. As Lincoln was at that moment with Yates in Jacksonville following a speech of his own in Winchester, Yates proposed to send Lincoln to speak in his place, with the intention that Lincoln would speak on the Kansas-Nebraska Act and not defend or attack either candidate. Lincoln had returned to Springfield by August 30. In the general election held in November 1854, Harris defeated Yates by 200 votes, garnering 50.5 percent of the vote to Yates’ 49.5 percent.
David Herbert Donald, Lincoln (New York: Simon & Schuster, 1995), 167-73; Autobiography of Abraham Lincoln Written for John L. Scripps; Abraham Lincoln to Richard Yates; The Lincoln Log: A Daily Chronology of the Life of Abraham Lincoln, 9 August 1854, http://www.thelincolnlog.org/Results.aspx?type=CalendarDay&day=1854-08-09; 28 August 1854, http://www.thelincolnlog.org/Results.aspx?type=CalendarDay&day=1854-08-28; 30 August 1854, http://www.thelincolnlog.org/Results.aspx?type=CalendarDay&day=1854-08-30; Illinois Daily Journal (Springfield), 1 September 1854, 2:2; Summary of Speech at Winchester, Illinois; Howard W. Allen and Vincent A. Lacey, eds., Illinois Elections, 1818-1990 (Carbondale and Edwardsville: Southern Illinois University Press, 1992), 10.